Sometimes writers find it difficult to tell whether they’ve written a direct question or not, with the result that they are unsure if a question mark should be placed at the end of a sentence. They might write something like this:

Kevin asked me whether Sons of Anarchy is still on TV?

But it’s not always easy to determine whether a question you’ve written is a direct one requiring a question mark – unless you know a little about how questions are formed in English. Then it becomes a lot easier. Here’s the positive statement created by moving the words in the direct question above around:

Sons of Anarchy is still on TV.

Now let’s compare the two sentences side by side:

Sons of Anarchy is still on TV.

The subject of both sentences is Sons of Anarchy and the verb is is. Do you see what happens to the subject and verb in the second sentence? They exchange places. The subject now comes after the verb, not before. And that exchanging of positions is all you need to look for in order to correctly identify direct questions in a lot of cases.

I’ve used the verb to be in this example, and to be has a few unique characteristics, one of which is that it doesn’t use forms of the auxiliary verb to do (do, does, did) when making direct questions. Almost all other verbs do, though (the exception is modal verbs – can, could, might, should, must, etc), so often the verb we’re looking out for is going to be a form of to do. In the next example, we’re going to use the verb to like as the main verb.

Question form: Did Kevin like the first series of Sons of Anarchy?

As you can see, again we go from subject first, verb second to verb first, subject second. Often we begin a question with an interrogative pronoun, such as which, what or why. For example:

What did Kevin like about the first series of Sons of Anarchy?

But that essential form of verb first (did in this case), subject second (Kevin) is still often embedded in questions with interrogatives. (I’ll come to the exception to the rule in a bit.)

So if you write a sentence that looks like a direct question but you’re not sure, and you can see a verb coming before the subject, go ahead and hit that question mark key with the full might of your little finger. Let’s take another look at our original example and see why it fails the test.

Kevin asked me whether Sons of Anarchy is still on TV?

It’s not a direct question, because the subject comes first, the verb second.

However, as is often the case with the English language, all too often you’re cruising along, happily obeying one rule when you’re T-boned by another rule coming out of a grammar side street. There is an exception to our rule: polite requests. These are requests, such as ‘Could you get me another doughnut from the bakery,’ in which a verb (could in this instance) and subject (you) have exchanged places, yet they are sometimes treated as statements rather than questions. I say ‘sometimes’, because it’s up to you, as the writer, to decide upon the degree of politeness with which a line like the example I’ve given is said and to punctuate it accordingly. If the person making the request is being really polite, then a question mark would be appropriate; if they’re being neither impolite nor polite, then a full stop (‘period’ in US money) is correct.

So, next time you’re wondering whether you’ve written a direct question requiring a question mark, follow this two-part procedure:

1. Look further back in the sentence and see which way round the subject and verb is. If the verb comes first and the subject second, then yes, it’s a direct question and a question mark is needed – unless the sentence is a request that’s being made in a way that’s not particularly polite (your choice).

2. If the subject comes before the verb and is an interrogative (what, which, why, when, where, who, how) and the question is not a reported one, you can also hit the question mark key with confidence.

*Every post in this blog series deals with an issue I commonly see in manuscripts. 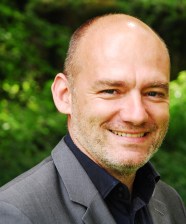 I’m a fiction copy editor, author and former national newspaper and magazine journalist with over 25 years’ experience in publishing. During that time I’ve developed an intimate understanding of writing and editing from the author’s and editor’s perspectives.

The knowledge and experience I’ve acquired give me a great platform from which to help fiction writers with their manuscripts. I specialize in editing genre fiction, particularly crime, thrillers, horror, fantasy and science fiction.

I live in Brighton, on the south coast of England.  When I’m not editing, you can find me on the mats, practising and teaching Brazilian Jiu-Jitsu. (Note that this site is written in British English.)

Please note: this business is no longer operating.

Find out how I can help you improve your novel by getting a free sample edit, without obligation. Send me between 10 and 15 pages from your manuscript, and I’ll copyedit them and get them back to you as soon as I can.